Mental health issues are real, and people from all walks of life are suffering from it. Unlike in the past, this issue is now being taken seriously, and there are now laws that protect people disorder. Therapists are also around to assist those who need mental health support. We all thought that mental health problems are based on an individual, but other factors affect a person’s mental health like genetics, their psychology, and the society that they are in at the moment. It becomes more complicated because society dramatically affects mental health, and people are ignoring it up to now.

END_OF_DOCUMENT_TOKEN_TO_BE_REPLACED

Americans and people from Western cultures are particularly challenged in their ability to understand someone else’s point of view because they are part of a culture that encourages individualism. — Rick Nauert PhD

There becomes an identity problem when people address and talk to you. You try to ask yourself some questions. Who am I? How do you perceive me, setting aside my physical appearance? Am I the same person that I think I am and what others think of me? Can I live alone? Perhaps, but we never will. According to Psychology, as humans thrive with other humans in a society that has distinct practices, beliefs, and way of life, they are identified by the group of humans that they are living with. Thus, it is assumed that people who share the same culture do have the same personalities and perception of things.

Indeed, culture contributes to how an individual is shaped into what he is today. Culture builds a space of a shared way of thinking, method of communicating, and common beliefs among a group of individuals. It is vibrant and is ever-changing through time. A culture that a person is born into will consequently mold his eating behavior, for example, the way you eat, the food that you eat, and the time that you eat. It inevitably influences the kind of clothes that he wears and the hobbies that he does. The norms that are established by a person’s culture determines how he treats and communicates with his family, friends, strangers, and significant others. Do you find shaking the hand more polite and formal than kissing on the cheek? Or would you welcome guests by offering them coffee or just making them wait outside for more privacy? 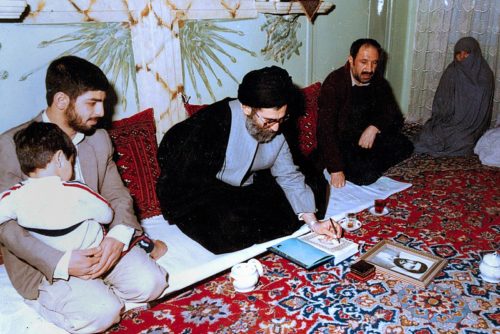 The environment shapes most of our exterior personality. However, do you believe that culture doesn’t only influence how we behave but also how our brain functions? Culture changes the way we think and how we see the world around us.

Try to be open and be slower to judge them, knowing that they might not be expressing thoughts and behavior that is consistent with your perspective. — Marianna Pogosyan Ph.D.

How culture influences us in terms of the words we use is shown here.

A study was done in 2008 on Piraha speakers, a language used among people in the Amazon area. They were asked to count objects of varying sizes. The Piraha language didn’t contain number words, so the people usually described amount in terms of size. Hoi described the smallest number, of a slightly higher number before the smallest, and baagiso pertained to the largest number. Because of this vague description, counting was not very important to the Piraha people. The researchers came to the conclusion that having no number assignment in their language impacted how they quantified things. Words, therefore, can tremendously impact the way we decide, think, and see the world.

Additionally, language also affects the way a person thinks about space. Navigational and spatial knowledge may alter depending on whether one’s culture contains directions with definite references, like east and west, or relative references, like right and left. There is a tiny group of Aborigines who live in northern Australia, and they live daily without any navigational words like right, left, forward, or backward. They use the terms east, west, south, and north, and they are very good at using these terms to locate anything from food, people, and things. The people here are very much oriented to the uncommon places compared to the English speakers, as their language has forced them to perceive space differently, making them constantly attentive to where something or somewhere specifically is.

Using culture as a gauge for one’s failure or success hides many biological and socioeconomic factors. If one wants to understand better the role of culture in molding us, he must also understand that culture is not just composed of a gamut of beliefs, ideas, and customs that we all live by, but it is also shaped by a lot of factors. President Obama explained this fully when he attempted to defend the black culture: “In other words, the African Americans comprehend that culture is important but that it is shaped by a person’s circumstances. We know that a lot of them are trapped by their destructive behavior, but this behavior is not innate.”

The idea of strength within the African-American community has been effective in persevering through historical and present-day hardships. However, the idea of perpetual strength provides little space for African-American youth to express the distress they feel; hence cutting becomes a viable option. — Kimber Shelton, PhD 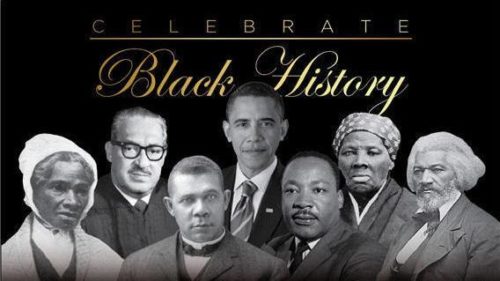 Culture, therefore, is not the only thing that completely shapes us but various events and life situations shape culture – and we also help shape it as much.

No matter what culture you practice from wherever you come from, truth is, there are no lower or higher cultures in this world. There are just those that are more true and existent than the others. One’s goal should be to follow the noblest, truest parts of your culture and to try to get to know other people’s cultures. Its benefits to brain function or one’s success or failure would be just as beautiful as discovering how other people live their lives and engaging in others’ customs and traditions.